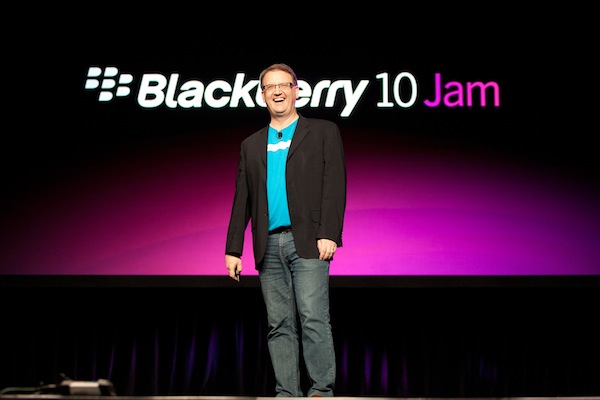 Alec Saunders, Vice President Developer Relations and Ecosystem Development at Research In Motion has been doing a bit of international traveling as of late, all for the cause of spreading the RIM word and bringing awareness to BlackBerry developers. His most recent trip took him to Kuningan, South Jakarta where in addition to speaking to BlackBerry developers at a Mobile Monday Indonesia event, he also gave a very forward interview with The Jakarta Globe:

With so many sophisticated operating systems out there, will you be a little late with BlackBerry 10?

If you rush an operating system to market, it’s a bad idea. … I don’t think too much of the Android and the iOS devices at this point. I think iOS is designed for five years ago. … It was designed with the idea that Steve Jobs had, that it would be a media consumption device. And that’s not what a BlackBerry is. It’s not for sitting on the train and watching TV.

And Android, there are now 3,977 different Android devices out there in the marketplace. For developers, it’s a nightmare. It’s impossible to test them all. So developers now are getting to the phase of, ‘Hey, maybe there are some things better than Android.’

If there is one thing about Alec that I have to say I enjoy, it's the fact he speaks his mind and lays it all out for everyone in simple terms. Whether everyone agrees with him, that's a different story but there is no denying he's fighting for RIM and doing whatever it takes to make BlackBerry 10 a success in any way he can personally do so.  The full interview is a pretty insightful read especially when you read Alec's thoughts on the PlayBook launch, you can hit the source link below to check it out in its entirety.