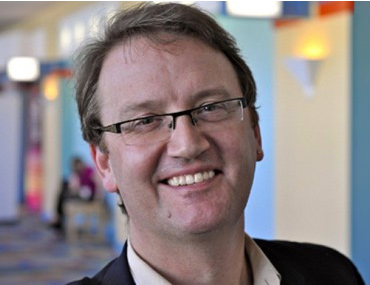 It's going to be a very different experience for the CrackBerry Team at Blackberry DevCon next month as many of the faces we are used to seeing on the keynote stage are no longer with the company. Jeff McDowell, RIM's SVP of Platform Marketing and Alliances is no longer with RIM. Mike Kirkup, the Sr. Director of Developer Relations gave his notice and is no longer with RIM. And the word today is that Tyler Lessard, VP of Global Alliances and Dev Relations, gave his notice to RIM and won't be at DevCon this year (or if he does make it, it'll be his last event before departing).

On a personal level it's been a confusing and sad thing to watch, but I think the story is now getting a lot clearer to me as to what's been going on here thanks to an interview today posted on the official BlackBerry DevBlog (read the interview below), featuring RIM's new VP of Developer Relations, Alec Saunders.

Alec Saunders used to be the VP of Marketing at QNX, and it looks like Dan Dodge (SuperDan!) must have recruited him back to the company to help re-kickstart things on the apps front on the QNX side of things. It's funny, back when RIM first acquired QNX, Alec even wrote a post on his saunderslog blog predicting that one day QNX would power your phone (it's a must read article). From an outsiders perspective looking at the people changes, it seems pretty obvious that things must have split within RIM on the Dev Relations teams. You have the existing BlackBerry OS Dev Rel team (Tyler, Mike) and you have Alec coming in on the QNX side to build up a new Developer Relations team (remember that post we made about Neil Sainsbury getting appointed as new Director of Developer Relations? I'm guessing that would be on the new team under Alec). With all the upcoming action for BlackBerry being focused on QNX, I'm guessing the folks on the existing BBOS team would have a sense where things are going longer term and thus chose to take their exits on their own terms vs. waiting it out on the BBOS side. I could be wrong on all this...but my RIMtuition is usually pretty accurate.

As sad as it is to see friendly faces leave the company, I'm pretty excited for DevCon. It's funny. I remember talking to Alec Saunders literally within weeks of CrackBerry.com launching back in 2007. He was running a company called Iotum, and they were working on a presence awareness app/service for BlackBerry. I remember it clearly as it was literally the first "scheduled phone call" I'd had related to the newly-launched CrackBerry.com. He seemed like a great guy then and I've followed his blog over the years. I'll be really looking forward to see what he does leading Developer Relations at RIM.

I'm guessing the BlackBerry DevCon keynote this year will now be featuring Mike Lazaridis, Dan Dodge, Alec Saunder and Neil Sainsbury (and probably a few other faces). It should be fun. Hopefully we'll see some awesome announcements, and hopefully we'll get some CrackBerry facetime with these guys. We're still waiting for an official RIM CEO Interview for CrackBerry. Maybe this year at DevCon we can finally make it happen.

IBBDB: Congratulations, Alec, and welcome to the RIM team.

Thank you. I'm thrilled to be here.

IBBDB: Tell our readers a little bit about yourself.

I've been in technology for over 20 years now. I'm a University of Waterloo graduate (1987) and I've spent most of my time working with software developers in various roles throughout my career - first at Microsoft, and then as VP of marketing of QNX Software Systems - which is the embedded operating system company that created the OS for the next generation of BlackBerry devices. In 2002, I went to Versatel Networks, a company that built a platform that allowed software developers to create compelling voice applications that ran in telephone networks, and in 2003, I struck out on my own with a friend and mentor, Howard Thaw, to build a company called iotum inc., which we conceived, financed, staffed, and launched successfully. At the beginning of this year, I went to my board and asked them to find a new CEO. After eight years I wanted a change, and I felt the company needed a really strong sales oriented CEO. So I offered to help find a new CEO, and in June we brought in the new guy, and I started looking for something new. I went looking for something that would allow me to return to what I love doing most, and that is working with developers.

And of all the opportunities I looked at, RIM was the most exciting to me.

IBBDB: What makes it so exciting for you to join RIM?

I'll take you back to the late 90's for a second, my first encounter with BlackBerry, or at least, what would become BlackBerry. It was Las Vegas, CES, and there I was in the back of a cab trying to get a press release edited ... on a RIM pager. It was cool. I'd never seen anything like it and the promise of being able to do email wirelessly was mind blowing. Pretty soon tons of people on the Microsoft corporate campus were carrying one. And over the last decade, since that time, RIM has expanded to 175 countries, and its products are distributed by over 600 carriers across the globe and all from that start with the RIM [email protected] Pager. Despite the intensely competitive market out there, RIM continues to pull down huge numbers: 150 million devices RIM have shipped to date, 70 million subscribers on RIM's network today, over 1 billion app downloads (increasing at 120 million per month) since BlackBerry AppWorld launched.

All of that adds up to a huge opportunity for our partners, for developers ... There's no reason why developers shouldn't be able to make a great living just by serving BlackBerry customers. And my team's job is to make it as attractive, easy and fun as possible for developers to build for the BlackBerry platform - smartphones and tablet alike.

IBBDB: How are you planning to accomplish this?

Good old fashioned elbow-grease, as my Dad used to say.

Developer evangelism is all about personal contact, listening, responding, and educating. We're going to work very closely with the developer community, expand on support and programs that make it easy and rewarding for developers to create apps, be in the midst of developers to understand their needs and secure a great developer experience, and identify and remove the barriers developers face in supporting our platforms and doing business with us.

IBBDB: In terms of direction what would you tell developers - should they invest in BBOS or QNX?

It's not actually an either/or question. Although we're not making any secret of our move to QNX, BBOS will be in the market for many years to come. I'm always telling developers that there's a great business opportunity in the BBOS market. Think of the companies that made millions supporting Windows XP when Windows 7 was already on the market! We are in the midst of a major global launch of BlackBerry 7 and we'll have customers on BBOS based smartphones for years to come, and they'll continue to want to buy software too. And, we'll have other customers who want to migrate to the latest and greatest devices as soon as they are available. It all depends on the customer. And the best part is that with our HTML5 solution - BlackBerry WebWorks HTML5 - developers can build great applications that target both environments.

I'm excited and looking forward to the conference. It's a great opportunity for us to discuss our development platform with our partners, get their valuable input and engage for future collaboration. We will have lots of updates to share with developers including about the QNX development platform for PlayBook and smartphones, about our plans for a global roadshow - be where our developers are - as well as our educational campaign, which we will be kicking off at the conference itself ... I won't divulge more but I do encourage developers to check out the DevCon Americas sessions catalog and sign up to hear first hand from RIM and other BlackBerry experts and contribute their ideas ...Oh, and not to forget, those developers who don't yet have a BlackBerry PlayBook, here's their chance to get one at DevCon and kick start the development of their next app directly on the PlayBook ...

IBBDB: There are lots of things happening today in the mobile space, where do you think the industry is going?

One of the most exciting stories in the industry today is the rise of HTML5 for mobile applications. Developers everywhere are looking for a solution to the cross platform problem, and they seem to be landing on HTML5. The best part of that is that we're so well positioned to compete on HTML5. With BlackBerry WebWorks HTML5 you can build awesome high performance applications using web technologies, and you can do it in days instead of weeks or months. I encourage everyone to check out WebWorks HTML5 if you haven't already. I think you'll be surprised by the rich quality of the applications created with WebWorks.

I'm a Waterloo Math grad (class of 87), married with 5 sons, an outdoorsman, amateur photographer (check out my flickr stream!), music lover, wine enthusiast and an avid blogger. In fact, one of the things I'm really looking forward to is starting to blog about what's happening at RIM... I'm really hoping that blogging and social media are tools that we can use to further connect with developers.

IBBDB: Thank you, Alec, for sharing your thoughts with the Inside BlackBerry Developer's Blog. We are looking forward to our next conversation.