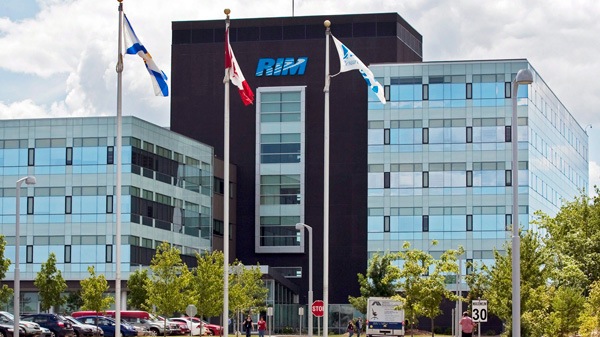 Depressing.  That’s the only word that comes to mind after reading the RIM Q1 financial results press release and listening to the conference call.

As crappy as the results were, I’m not going to write up a death certificate for RIM here.  Yes, they are in real serious trouble.  No, it won’t be easy to climb back from the position they’re in.  No, they did not inspire any confidence in anybody on that call.

They need serious help writing conference call scripts and being prepared for obvious questions from analysts.  When the CFO can’t reply to a question without 10 thousand ums and uhs, people assume the worst.  But are they dead?  Let’s discuss it.

Revenue was $2.8 billion for the quarter.  That’s down a whopping 33% from last quarter.  But keep in mind last quarter.  To get a sense of how disappointing this is, the Street was expecting revenue of $3.1 billion.  So it’s a miss of just over 10%  Not pretty.

Earnings-wise, Wall Street expected a small loss (one penny per share).  In reality RIM lost $0.37 per share, which amounts to $192 million.

Thorsten Heins says that the BlackBerry subscriber base is still growing in all regions except the United States, which I find interesting.  Unless he made an error in saying this, it certainly shows staying power for an older platform in most markets.  But I have to wonder how long this can keep happening.

RIM is still cash flow positive.  The media is already screwing this up, so it’s worth spending a moment to make sure this is crystal clear to our readers.  RIM lost money when you look at the income statement.  But a business’ actual cash flow is often very different from accounting profits or losses.

Looking at RIM’s cash flow statement, they generated about $710 million in cash flow from operations.  This is a real number, and they are real dollars.  However, almost $400 million of this came from a reduction in working capital.  This is what happens when you reduce inventory, push out payables and collect receivables.  It is not sustainable, and it should not be considered true cash generation on any ongoing basis.

So the way I see things, RIM has a business that can still bring in about $300 million per quarter right now, minus some capital spending that will still be required.  Plus, they’re implementing a cost cutting program to save another $1 billion per year (or $250 million per quarter).  This means RIM can probably absorb a decline of another $500 million in cash flow from operations before starting to burn cash.  The caveat is they need to execute on their restructuring plan for this to be true.  Execution hasn’t been a strong point for this company lately.

For a company in RIM’s position, cash is absolutely critical here.  So while the results are brutal (and the worst part is coming up next), at least they have their cash.  It doesn’t look to me like things will get bad enough to put them into any serious level of cash burn.  At least that’s my current view.

The waiting is the hardest part

What’s the worst part?  BlackBerry 10.  It’s delayed until Q1 of calendar 2013.  That is UGLY.  Unfortunately, I can’t say it’s much of a surprise either. In the last week alone, I had conversations with two very good friends who follow the company as closely as I do.  Both of them felt BlackBerry 10 would stand next to no chance of making it out by the fall, as RIM has previously estimated.

This is why cash is do damn important.  We’re still seeing people write about how RIM is the next Palm.  And it’s still the crappiest of comparisons you could possibly make.  Palm died because of a cash problem.  I’m not talking about Palm inside of HP.  I’m talking about Palm the publicly traded company that ran out of cash while rolling out WebOS devices.

At the end of the day, as long as you launch a product that the market wants to buy, and you have the cash to bring it to market, you’ll be OK.  Please don’t misinterpret this as me being a RIM bull.  I’m really disappointed in the company, and writing this editorial requires alcoholic beverages be within close range of my keyboard.

The picture is more grim.  There’s more risk now because the delay gives competitors even more time to pull ahead of RIM, and to catch up in the few remaining areas where RIM excels.  But a delay of BB10 doesn’t mean RIM is dead.

What does a delay really mean?

Let’s look at the example of Microsoft.  To this day many respected industry pundits believe Microsoft will become a successful player in the market.  And this is after years and years of horrible disappointment.  How can anyone say such a thing with a straight face?  It’s because Microsoft has cash.  They have the financial means to support themselves in this market until they get it right.

And what about Apple?  They came in at zero market share.  They delivered an outstanding product and became a hero.  They had the cash to bring their product to market.

RIM is not Apple.  Obviously.  And they don’t have as much cash as Microsoft either.  But they do have the support of many developers, and they do have enough cash to bring BlackBerry 10 to market.

The big question is, will BlackBerry 10 be good enough.  THAT is what we need to spend our effort analyzing.   I was happy to hear that Thorsten Heins won’t let the product launch before its ready.  Honestly, I think that would be more of a death blow to RIM than being late.  Being late to a party can be forgiven if you show up and rock the house.  But if you show up with body odor, everyone walks away.