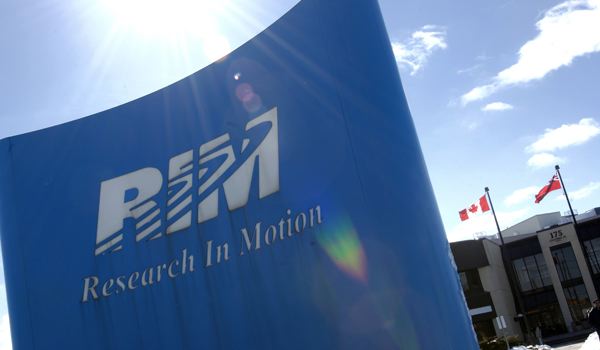 Thorsten Heins has been CEO of RIM for only 3 months. But that 3 months has seemed like an eternity as we waited for updates on BlackBerry 10, restructuring of the company, potential partnerships, and long-awaited new executive blood. Well, yesterday RIM hired two new senior executives. The company finally has a chief marketing officer and a singular chief operating officer.

There have been a lot of complaints from the peanut gallery (media, analysts, casual observers) on the speed of the recruitment process. People were forming conclusions that Thorsten wasn’t doing things fast enough. But I’ve been around public companies as an analyst long enough to see a wide range of executive movement. Recruiting senior executives is hardly ever a fast process. Do you really want it to be fast? Or do you want the right amount of attention put on hiring strong candidates?

So let’s turn to the guys that Thorsten hand-picked.

RIM’s new CMO was most recently with Light Squared. When I saw this I admit I was initially a tad disappointed. Why? Because LightSquared was supposed to be a big 4G LTE wholesaler in the USA. It turned into what seems to be a failed business plan when the FCC ruled that its spectrum would interfere with GPS frequencies.

However, you can’t blame a marketing guy for a tough-to-predict technical problem. I caught myself being disappointed for no good reason. I gave my self a well-deserved slap in the face. Then I read more about his background. Seems he has an executive history at both Orange and Vodafone, two well-respected European brands.

You might balk at the idea of RIM hiring a “carrier-centric” marketing guy. I actually think it makes sense. Who do carriers market to? Consumers! So having a carrier guy might not be such a bad idea. Don Morrison was a HIGHLY effective Chief Operating Officer at RIM and it was precisely because he had a strong carrier background.

Under Thorsten Heins, RIM decided to implement a single COO structure rather than its rich history of having two, and even three COOs running the company’s operations.

Kristian Tear is coming to RIM from Sony Mobile Communications, formerly Sony Ericsson for anyone who remembers their success in the pre-Android cellphone world.

I’ve never heard of this guy, but that’s true for most of the planet’s multi-billion inhabitants. I am, however, impressed by the fact that he held CEO and President titles at a variety of regions working at Erickson starting as far back as 1999. The guy is 48 today, so this means he was 35 or 36 when he took his first regional CEO / President job. That’s hopefully a sign of a guy who gets stuff done.

Tear’s job is operational. He has to lead the software, hardware, services and supply chain aspects of RIM. He needs broad experience. Success in this type of job is not about being a guru of all these different areas. It’s about delegating to the right people, being a great manager, smelling bullshit, fighting fires, and thinking strategically to proactively address growth and solve problems.

We’ll need to wait another few months to see what each of these gentlemen does to change the RIM that we know today. I’m as interested as the rest of you.

Let’s rock and roll this!