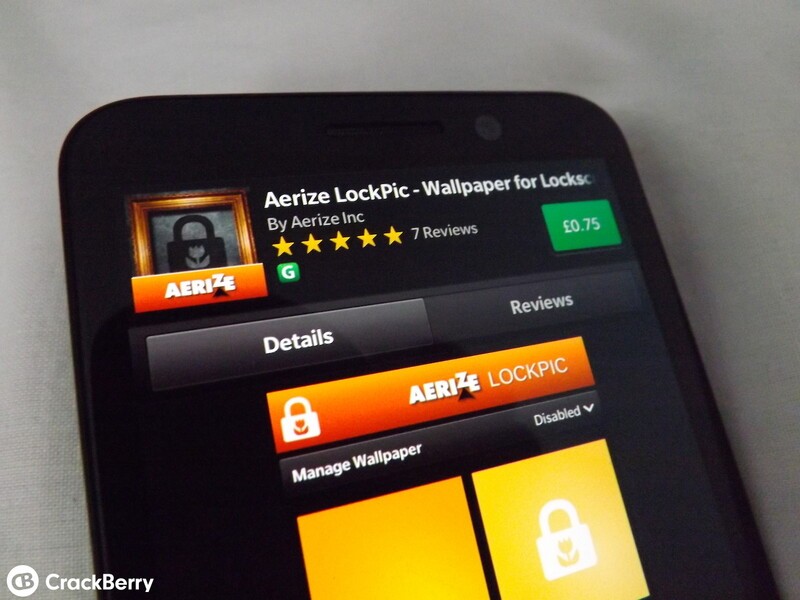 The 10.2 SDK was released a while back now and included the ability to build headless apps. If you missed our detailed post on what a headless app is you can catch up here - I needed a reminded too!

To cut a long story short - up until now, all running applications would need to remain open in an Active Frame. For me - this kind of sucked and I was put off by a few apps which would only work this way. However, it would appear that the first headless one is now available in the form of Aerize LickPic - Wallpaper for Lockscreen and Homescreen. As the title suggests, this one allows you to have separate images for your wallpaper and lockscreen - something that was a bit of a pain in the butt to achieve with BlackBerry 10, although there was a work-around.

While I'm not too fussed about the features that this particular application provides it is once again a positive sign that developers are continuing to make their apps the best they can for BlackBerry 10, and also that BlackBerry themselves are giving devs more and more tools over time.

If you fancy checking out Aerize LockPic you can grab it from the link below. Let us know your thoughts in the comments.