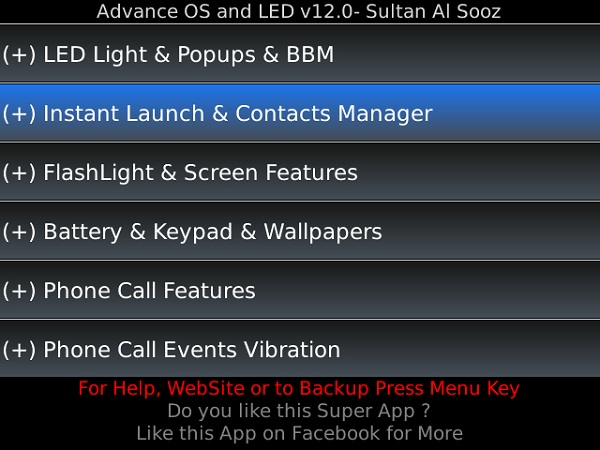 Advance OS and LED has been covered here on the blogs by both myself and Adam. When a FREE app comes along that offers a whole slew of features that are beneficial to any BlackBerry user, we here at CrackBerry get super excited. As of today, Advance OS and LED has been updated to v 12.0.3. This latest update adds even more useful features to my already favorite BlackBerry application!

This application is worth its weight in gold yet the developer has made it available for FREE and has stated that the app will stay that way regardless of update improvements. I've actually deleted several paid apps from my BlackBerry because this one does the job of all of them so much better. If you'd like to see what others are saying about Advance OS and LED, head on over to the forum discussion here.