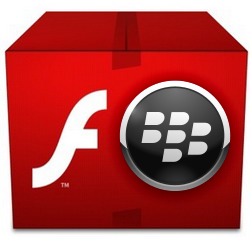 Yes, it's true. Most of the news surrounding Adobe has been focused on their fight with Apple and the fact that Apple wants nothing to do with Flash of any kind unless of course its on their laptop and desktops. As for the iPads and iPhones of thr world, Apple is pushing all they can for HTML5 across the board. However, admist that battle is the recent developments for BlackBerry, Android and finally, webOS. All of which are embracing Flash as much as possible whether we like it or not.

In a recent interview with Fox Business news, Adobe CEO Shantanu Narayen laid out the plans for when we will start seeing Flash and Adobe Air applications improve across platforms. All news isn't great here though, the information stated by Adobe CEO Shantanu Narayen puts the release of flash at a later time than originally forecast. What was the first half of 2010 has now become the second half of 2010. Not a huge delay, but a delay either way. The question remains the same though - do we really need Flash on our mobile devices? Or is Steve Jobs actually right in his fight to keep it off of them?