Here you can find out all about the current CrackBerry team of editors and writers. If you want to read about the old legacy roots of CrackBerry, read the original Crack Team story.

The names you need to know!

Born and raised in Halifax, Nova Scotia, Canada. Chris Parsons is fluent in all mobile languages. Having been a member of the Mobile Nations community now for nearly six years, you can often find him here on CrackBerry or at Android Central . You may also follow his random outbursts on Twitter. If you find Chris wandering around your local neighborhood, please point him towards the nearest electrical outlet and toss him a can of Full Throttle energy drink. If you're extra friendly, let Michelle.. his better half know his whereabouts. 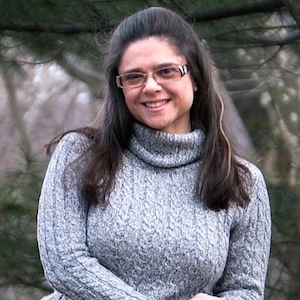 Normally a shy person, Alicia threw caution to the wind and entered the CrackBerry Idol competition in May 2010 and has been writing for CrackBerry ever since. Born and raised in Long Island, New York, she is a gadget and sci-fi junkie who still prefers her BlackBerry Bold 9000. When not tethered to her BlackBerry Torch, she spends her free time reading, watching TV, quoting Princess Bride lines, hanging with friends, and cheering for the NY Mets.

DJ started contributing to CrackBerry in September 2010 after taking part in CrackBerry Idol. She was introduced to BlackBerry devices after working for a UK Network as a Technical Specialist in 2008. Her first BlackBerry was the Bold 9000 and from then on to became a CrackBerry addict. She writes her articles from the hills of Scotland. Away from the world of mobiles phones and technology, DJ enjoys singing, playing the guitar, reading, watching, taking part in sports activities, mainly Taekwon-Do.

Born and raised in Hertfordshire, UK, James is the new boy in the CrackBerry camp compared to the rest of the team. As you will have seen he loves recording app and games videos as well as blogging the news from around the world. Previously from a sales background and doing some blogging for a UK cross platform mobile tech site, James first fell in love with BlackBerry when he was sent a Bold 9700 to review. That review unit never went back. He parted with his cash and became a true BlackBerry addict and has owned every BlackBerry since.

Android Central is part of Mobile Nations, which also includes the CrackBerry, iMore, and Windows Central communities. As of December 2015, Mobile Nations has over 40 million monthly readers and growing.

James Falconer runs the forums on Android Central, CrackBerry, iMore, and Windows Central, including coordinating with design, development, editorial, social, and managing hundreds of volunteers. He works each day to provide the best possible experience to our millions of members.

Co-founder of CrackBerry, James lives in Winnipeg with his wife. When he's not making our communities awesome, James is sipping Lagavulin or playing hockey. But never at the same time.

Taren Gesell runs social media for Mobile Nations, including Android Central, CrackBerry, iMore, Windows Central, and more, and works with our teams to create the most informative, engaging, and entertaining content on the internet.

Taren and his wife, Kim, and their dogs Graycie and Petey live on the Frozen Tundra in Winnipeg, Canada. When Taren isn't on social media, he's racing in triathlons. We're not sure which takes more endurance.

A longtime CrackBerry contributor, Michelle also helps run contests across Mobile Nations, making sure readers get chances to win watches, phones, tablets, computers, apps, accessories, and more. She's basically like Santa Claus, if Santa was a lot geekier, lived in Arizona, and gave out gadgets instead of toys.

Rene Ritchie is Executive Editor of Mobile Nations, including Android Central, CrackBerry, iMore, Windows Central, and their over 40 million readers a month. A video producer and personality, he's co-hosted CES Live!, regularly co-hosts MacBreak Weekly for the TWiT network, and his popular series of podcasts, including the iMore show and Debug, have been downloaded over 20 million times.

Based in Montreal, Rene is a former Director of Product Marketing for an analytical database company, web developer, and graphic designer. He's authored several books and appeared on numerous television and radio segments to discuss mobile and the technology industry. When not working, he likes to cook, grapple, and spend time with his friends and family.

Kevin Michaluk is in charge of strategy, vision, and direction across the Mobile Nations properties, including Android Central, CrackBerry, iMore, and Windows Central. Kevin work with our amazing team of editors, writers, designers and developers to deliver the world's largest and most influential tech communities to over 40 million unique visitors each month.

A lifelong entrepreneur, Kevin founded CrackBerry.com in 2006, which quickly became the largest independent BlackBerry resource on the net. He lives in Winnipeg with his wife, and enjoys gadgets, EMV, and Campari.