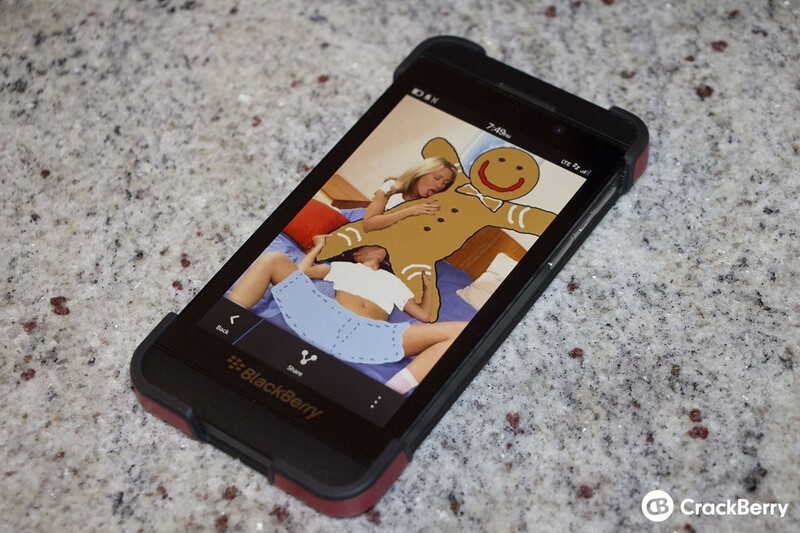 *UPDATE* - I found another way as pointed out to me by Dave at BBThemes. If you zip files using the file manager, you can preview them from within the zip but they won't get indexed in the pictures app. Thanks, Dave!

Previously on BlackBerry OS smartphones customers had the option to hide and unhide files on their device. In fact, we wrote up a really good tutorial on the matter that showed exactly how it worked. It was a great feature, easy to use and helped keep your or your significant others naughty bits from accidentally showing up for those who could possibly be poking around your phone.

Now that BlackBerry 10 has arrived and I'm using my BlackBerry Z10 daily, I was pretty shocked to find that BlackBerry had removed this (what I considered to be a) pretty fracking cool feature entirely. Sure, you can check the properties of a file using BlackBerry 10 but you no longer can adjust the permissions which in turn would allow you to hide / unhide files. Luckily, there is an app available to download that replaces this function in some ways.

The app is called Hide My Pictures and as the name implies, it allows you to hide your selected photos from others so that they cannot be viewed. It's a password protected app and does a great job, so if you're in need of such and app to replace the function that was once built-in and available for free, you'll have to spend $1.99 on it in BlackBerry World. Now, although I found a replacement for this, I have to wonder. Who the heck removed this from the OS? Put it back.