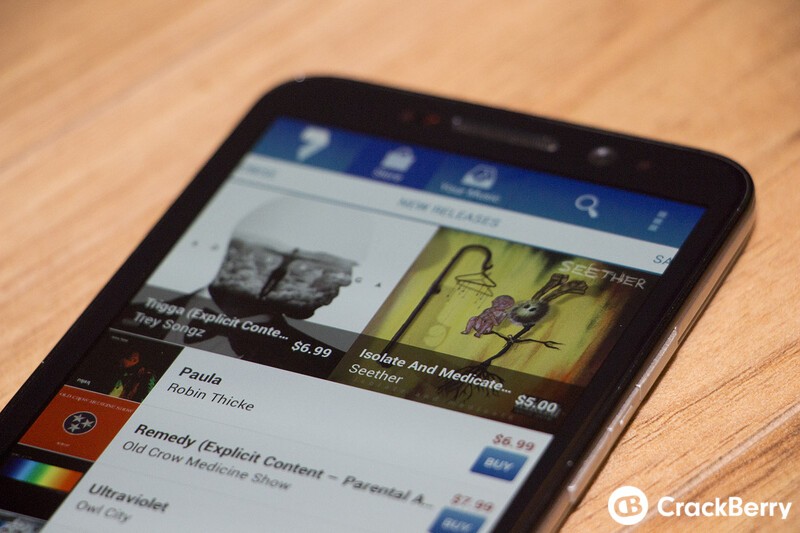 When BlackBerry announced they'd be shutting down the music, movie and TV show portion of BlackBerry World come July 21st, it left many folks wondering where they would turn to for those services. At the time, BlackBerry advised through the Amazon partnership and BlackBerry World third-party apps, consumers would now have even more options to choose from but it also appears the 'contract' with 7Digital for music isn't entirely finished.

After the announcement, 7Digital shares actually dropped a noted 12 percent based on the news, which seemingly led to 7Digital Chief Executive, Simon Cole to issue statements on what 7Digital was working on with BlackBerry (their largest customer), if anything at all.

"7Digital understands that it is BlackBerry's intention, after the closure of its own storefront, to continue to provide its users with access to the music they have stored in their 'lockers' using the Company's services. 7Digital is also working with BlackBerry on an alternative solution for the purchase of new music and will update the market further when the specifics have been agreed."

"7Digital Group operates in a fast-growing and quickly-changing marketplace. As outlined in the recent admission document, the consumer market in which many of our customers operate is transitioning from a download to a streamed environment. As a leading supplier of B2B services in the music and radio industry, 7Digital helps new and existing customers to find ways of adapting to this changing market and that is what powers demand for our services."

So that's that. 7Digital and BlackBerry are still working on something. What that may be has yet to be fully disclosed but it's worth mentioning that 7Digital already operates its own apps across platforms and even a web store. BlackBerry technically could, instead of offering music in BlackBerry World, preload the 7Digital app or something similar.