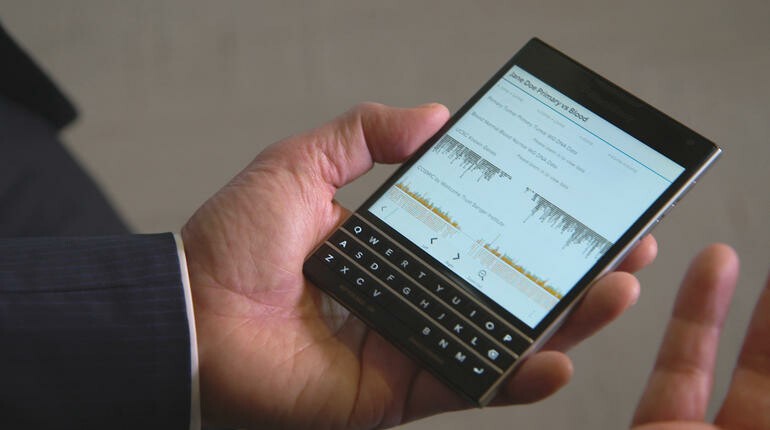 During the Forbes Healthcare Summit 2014 held on December 3rd and 4th, NantHealth CEO Patrick Soon-Shiong and BlackBerry CEO John Chen sat down to discuss NantHealth's new app that will allow doctors to view genomes via a secure phone such as a BlackBerry Passport. In that interview, it was mentioned 60 Minutes would be further featuring NantHealth and CEO Patrick Soon-Shiong. That episode has now aired and offers up an interesting look at how the richest man in Los Angeles is shaking up the world of cancer treatment with some help from BlackBerry.

Forbes ranks Dr. Patrick Soon-Shiong as the wealthiest American in the healthcare industry, and the wealthiest man in Los Angeles with an estimated net worth of $12 billion. He is also part owner of the Los Angeles Lakers. His generous and noteworthy philanthropic efforts, along with his numerous awards, has made him an icon in the worlds of business, healthcare, and philanthropy.

The son of Chinese immigrants to South Africa, he graduated high school by 16 and became a doctor at 23. After making a name for himself as a surgeon who attempted pancreas cell transplants to treat diabetes in the 1980s, he founded two drug companies, Abraxis and American Pharmaceutical Partners, which he sold for a combined $9.1 billion. He invented a cancer drug, Abraxane, which, after years of slow sales, is now a blockbuster thanks to its efficacy against pancreatic cancer.

As a member of the Buffett-Gates Giving Pledge, he plans to give away at least half his fortune, and has so far donated a few hundred million, including $136 million to St. John's Health Center in Santa Monica, CA. Meanwhile, he owns a 4%-stake in the Lakers. [via]

Now, to be perfectly honest, I know nothing about browsing genomes nor a lot of the science behind finding the cure for cancer but I do know my family has personally been struck by the disease (I lost my grandmother in 1995) and I found the profiling of Patrick Soon-Shiong to be incredibly fascinating. To know that BlackBerry is helping in this area brings it even closer to home for me personally and I'm sure some of you out there as well. Check out the videos above for a closer look or head on over to the 60 Minutes site for the full rundown.