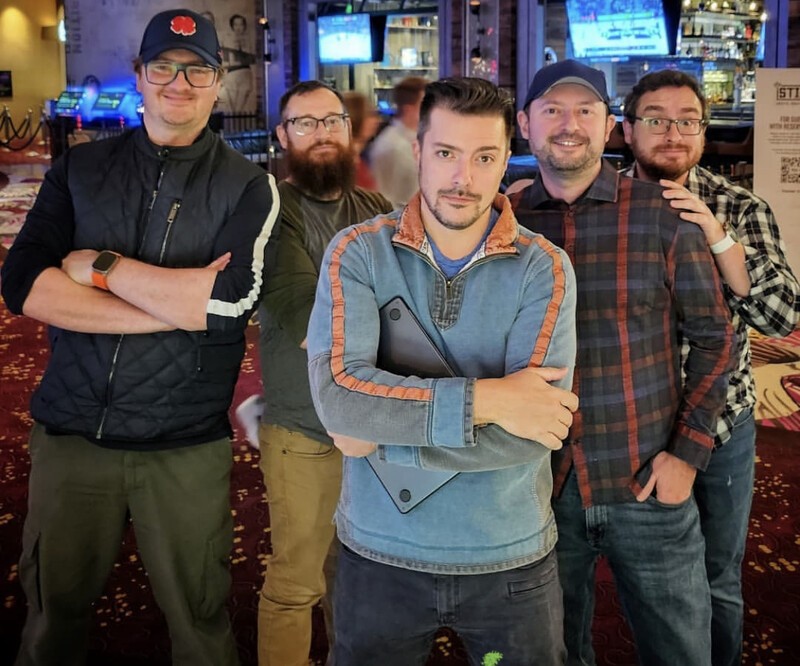 I can't believe we're already more than halfway through January. I guess that's what happens when you spend a week in Las Vegas for CES followed by a week at home recovering from a week in Vegas. :)

Reflecting on the event, I can truly say it was awesome. While the tech on the show floor was obviously cool (and occasionally weird), it was the people and return to 'normality' that made this year's show so special for me. Separation really does make the heart grow fonder, and it was just soooo damn nice to see former colleagues and industry acquaintances again that I haven't seen in years.

The show also led to an epiphany of sorts for me (props to Michael Josh of Gadget Match fame for pointing it out to me at our CrackBerry relaunch party), which is that I'm not a creator , but a builder. Having published millions of words and a decent chunk of video to the internet over the years and because I love to do it, I've often thought of or fancied myself as a creator … not a very good one compared to most of the amazing talent that is out there, but a creator nonetheless.

As pointed out strongly to me, my modus operandi is actually to build. I inherited that trait from my dad. And it doesn't matter what I'm building - it could be a small project or a BIG business like Mobile Nations but I'm at my happiest when my brain is spotting opportunities, solving problems and getting my hands dirty with pulling people and resources together to make stuff exist that did not exist before. Creating content is more like a skill I have to get ideas out of my head so I can articulate them to others and/or a tool I use to bring attention to the thing I built or the products and services I love. In hindsight, I've always been much more of a product evangelist than a journalist (for the record, I've never referred to myself as a journalist in my life).

Reflecting on CES on the flight home, it also became clear to me that the things I was most excited about were the meetings I had with people who had projects in development and/or early-stage businesses more than the stuff I saw in massive exhibits.

It dawned on me that as much as we're figuring out what CrackBerry 2.0 should cover from a content perspective (we're sort of flying the plane while building it at the moment), I also need to figure out what CrackBerry Kevin's 2.0 plan should be … for me. While a younger CBK loved nothing more than to be the Fearless Leader of CrackBerry Nation and Editor-in-Chief and all that jazz, a now 42-year-old CBK gets much more excited about building businesses and working with founders and promoting start-ups who might be onto the next BIG thing.

A few highlights from meetings at CES that have my attention:

Apostrophy / AphyOS: I already wrote-up up the details on this one, but this is an audacious project that I've been learning more about each day and I've started offering their team my two cents (more like 36 cents with inflation!) in hopes that they can actually pull it off. I really like the idea of a Swiss-based, privacy-focused OS that is friendly enough to use that it would appeal to mainstream consumers and not just privacy/security nerds out of the box. Huge challenge. Maybe a slightly better chance of success if I get involved in the project. Over the years soooo many people have told me that "I should build a keyboard phone". Having been on the sidelines watching what happened with the KEYone, KEY2, Unihertz phones and Onward Mobility, I don't think keyboard hardware is enough. It needs an OS story to speak to a hardware story. So I want to go down this path and see where it goes, whether an advisor or investor or both. Maybe if AphyOS works then something like that MC01 Legend can actually become reality. And I'd love to have a hand ... err.. two thumbs in making that happen!

Go Talk Wireless: I met with the founder of Go Talk Wireless, a new MVNO carrier, during CES. They're relatively new, but I love that they're putting a strong focus on security and privacy. They're still quite small, but I like their positioning and approach. Given that it sounds like Mint Mobile is going to get scooped up by T-Mobile, I'd love to work closely with them to help them grow and gain more attention in the marketplace.

Super Secret Thing I Can't Talk About But I'd Know So Many of You Would Love: I also had a meeting with an old industry friend who showed me a thing that's in the early stages of development. I know there are a million people out there, myself included, who would want to buy said thing in a heartbeat if/when it hits the market. They want me to help, and being able to shape this product to perfection gets me really excited. Assuming it happens, I know a lot of you reading this right now would thank me for it.

Well, I think people should do what they're best at and hopefully (also) love to do. Where have we heard that line before? Oh yeah.. BlackBerry! Do what you love, love what you do. And for CrackBerry Kevin that means being the perpetual shit disturber I truly am — but instead of just talking about what other people are up to I want to help get new and hopefully cool shit to market. And since I can do what I want, that's exactly what I'm going to do!

Don't worry — I'm not going away from CrackBerry. I'll still be around and chiming in with my nuggets of wisdom or when I have something exciting that I just have to share. And if that's something I have a formal relationship with, I'll be sure to disclose that. Hell, I'll be proud to disclose it and promote the hell out of it, just as I always have throughout my life for the brands and products I love.

Welcome Derek Kessler as your new Captain of CrackBerry!

Now that everyone understands CBK is not really a creator and definitely not a journalist or editor-in-chief (I'm still a CrackBerry clown though so I'm not taking that off my LinkedIn just yet), what are we going to do about the day-to-day content here around CrackBerry?

Well, leaning into the notion that people should do what they're best at and enjoy doing, the answer is clear… we need to make Derek Kessler the new Captain of CrackBerry!

Derek won the gig by being the absolute best of us from the CrackBerry crew at CES. If all of us there were Top Gun pilots, he's clearly the Maverick of the team. He's so damn fast and good at writing and producing quality content that it's just kinda mindboggling and he puts the rest of us to shame. And he cares a LOT about quality and covering the important stuff. He also loves doing it. With Derek at the helm of CrackBerry I know there'll be a steady cadence of stories worth reading.

I've worked with Derek for well over a decade and he's one of my favorite humans on the planet. Hell, he even flew to Winnipeg for my wedding (we'll save the story about how he puked all over my best man's house at the wedding after-party for a future CB podcast). He's been at this game in a variety of roles since 2009, including stints as the Editor-in-Chief of the late PreCentral and even turning wrenches on the back-end code that powers this website.

You've already been seeing Derek's name on CrackBerry stories for the past few weeks, but I'd love it if you gave him a warm official welcome in the comments. I'll leave it to Derek "Maverick" Kessler to do a more proper introduction in his first From The Editor's Desk post. Congrats Captain Derek! Me and Bla1ze both agree you're the best for the gig, and I'm sure the rest of the community will agree too!