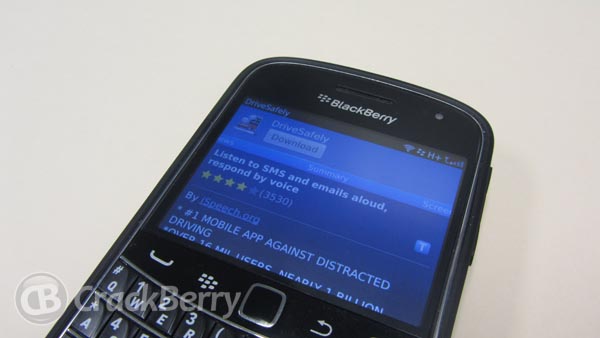 How many of you rely on applications that use voice recognition or text to speech technology? It’s pretty safe to say that most of you do, and with good reason. I see a lot more people use their voice to ask their phones to find something for them or to help them manage their messages. Especially with the ever increasing, but necessary, hands-free regulations while driving, you need to make sure that you can safely operate the car and your smartphone at the same time. You may have heard of the company known as iSpeech inc, which is one of the leading providers of such technology. If you haven’t, you may recognize one of their most popular applications DriveSafe.ly which reads incoming messages for you and allows you connect with the sender through a message or a phone call.

Recently, iSpeech announced that it now has 13k developers using the mobile speech platform, making them the largest mobile speech developer user-base. They’ve also released updates to their Web API and SDKs, in order to provide faster and a more reliable performance. iSpeech has gone as far as announcing that they’re also releasing a “Siri-like” speech recognition model, that allows them to recognize almost any question, or anything people would ever ask Siri. We’re already being used in a few major Siri competitors, such as SpeaktoIt (which is hopefully coming to the BlackBerry platform soon). According to iSpeech, as of now, there are only two companies who can do this, iSpeech and Nuance. iSpeech technology is also being used by companies such as Telenav. As time goes on, I can see a huge increase in applications that make use of voice recognition technology; think of the ease of use you’d see when composing a tweet or following a recipe. Which apps would like to see make use of this technology? What are you using now?

Check out the lineup of apps from iSpeech.org

“This is an exciting milestone and we’re thankful to our developers for making it happen,” said Heath Ahrens, Founder and CEO of iSpeech. “We will continue to work hard to eliminate all barriers to adoption of speech technology for developers such as cost, quality and difficulty of integration.”

The platform, launched less than 10 months ago, is used by top brands and apps across lifestyle, food, travel, retail, finance, gaming, messaging, dictation, translation and social including Hearst, Telenav, SpeaktoIt, iTranslate, Vocre and many more. With iSpeech’s cloud model, developers can quickly and affordably integrate human quality text to speech and speech recognition into their applications. iSpeech’s technology and developer-friendly pricing and support has led to its rapid growth.

“iSpeech offers unparalleled quality and the voices sound very natural,” said Ilya Gelfenbeyn, CEO of SpeaktoIt. “The level of service and technical support that the iSpeech team has provided and is continuing to provide has helped us deliver a great product to our customers.”

iSpeech voice recognition and text to speech is available in over 25 language and accent combinations and accessible through both a self-serve platform and a direct sales and professional services team.