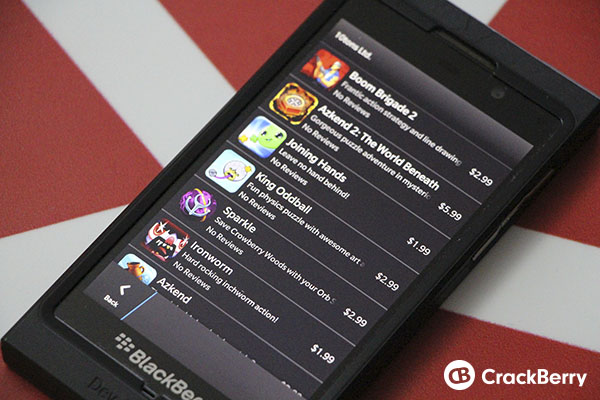 If you're big on mobile gaming, then BlackBerry 10 is the platform you'll want to be on. Finnish game developer 10tons Ltd. has now announced their launch lineup of Blackberry 10 optimized games. Some of the games you may already be familiar with from the BlackBerry PlayBook such as King Oddball but there is a few new entries as well. In total, 10tons Ltd. has 10 BlackBerry 10 games ready for launch and we can't help but wonder if that was intentional. You can jump below to the find the full list of games that will be available in BlackBerry World.

To highlight the quality of the 10tons games being placed into BlackBerry World, as it stands right now two of the games have already been Built for BlackBerry certified with the remaining currently pending approval. In speaking about their launch, ”There's no question we wanted to have the best 10tons games available for Blackberry 10 right away when it's launched. Support from RIM has been fantastic, and the development turned out to be even easier than expected. We're very excited about this launch.”, said Tero Alatalo, CEO of 10tons Ltd.